On 01/10/2020 My base was griefed and I was frustrated and stated that I wanted to ban the player responsible and instead Saenaria decided that was enough to ban me and she gave the reason of "I will not have my community second guessing if they can trust staff to not abuse the power given to them so that power was taken away".

I believe that a demotion was an extreme punishment for a minor mistake so I am posting here to get the community's opinion on whether or not it was an appropriate punishment.

I want to make it clear that I as well as anyone who comments understands that the players are not in charge of what happens in these situations and that it is up to the admin team this is just so that they can see everyone's opinion in one place.

In general I personally wouldn't feel comfortable with smallest shadow of doubt cast over integrity of justice and unbiased decisions made by a member of staff eg someone turns hot headed and acts upon those feelings.

just opinion on info given.

You did bad. Thats it.

Well, first off just to clarify, Bel was not banned I think she misspoke. She was demoted for making said comment after just being promoted to Moderator and in the midst of us having to demote and ban several staff members due to misuse of power and exploiting. My actions were swift and justified, I always try to get all the facts before acting but when it comes to staff abusing power I will ban/demote first and ask questions second. With this situation there was no mistaking or misinterpreting what Bel said.  WIth all of that said I also stated in general chat on discord that discussions were already taking place to reinstate Bel to warning team, however I more than welcome all comments from our community on this matter and will keep a close eye on this thread.

This is only my opinion, so I want neither side to come at me for this please.

Personally, I see both sides of it. I'd be pretty upset if my base were griefed too. Now, I don't think I'd start saying how I want to ban the offending parties, but Bel was indeed a new mod. There have been times in the past where new mods have made mistakes and I myself have expressed concerns about it, but was told that they are new and just need time to grow into the new expectations.
That said, I completely understand Sae's point of view. It doesn't look good on ALL staff when ANY of them threaten to abuse their power. Ordinary players don't have the content of "They we just upset when they said that", and it reflects badly on all of us if something like this happens and nothing is done about it. Moderators especially are almost the face of this server, as admins are not always available, so we are expected to adhere strictly to the rules, more so than an ordinary player.

After carefully thinking about it, it's my opinion that Bel may have been too early for moderator, but I think it would be fair to reinstate her as warning team. We all make mistakes, and I believe that this could be a valuable learning experience for her. I further believe that after spending a bit more time as warning team, eventually she would make an excellent mod.

I was online when the events took place. It's true, Bel did mention abuse of power as soon as her base got griefed and of course that was not right. BUT, she was fully aware that she might do something bad and almost immediately asked and admin if she could temporarily be demoted (I think she said demoted to Warning team but I am not sure), but in the end she was OK with the situation with the help of the admin.

Conclusion? Well, as far as I'm concerned, I think Bel might not had been ready for the power of the Moderator BUT I think she should be given back her Warning Team rank as she has done a grea t job :-)

I hold no rank on the server and I've only played sporadically since 1.9. So my thoughts might not carry as much weight as others.

I appreciate that the admins strive to keep the moderators unbias, but i have always felt that trying to eliminate bias sets unrealistic and unattainable standards.

Bel was betrayed and griefed. Its human to be upset by something like that. I think it's fine to have a bias stance as long as they or their peers recuse them from the decisions.

As a regular player, I would not be upset by seeing Bel given back Mod status so long as they continue to recuse themselves from situations they are party too. 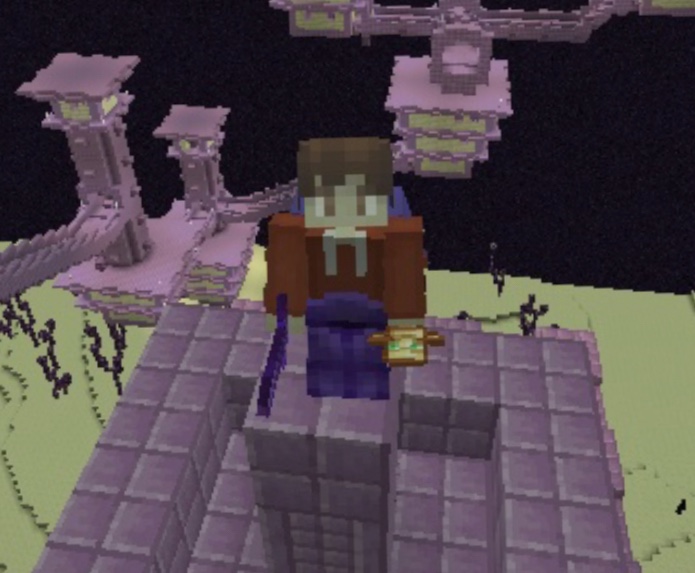 I'm a pretty new moderator as I was kinda promoted alongside bel, but I have been fairly active and I've seen her in action quite a bit. I think she did a good job as mod.
During the craziness the unfolded last week, bel slipped up and said something she definitely shouldn't have. But it was a mistake, and I don't think this should end Bel's career on SV. People make mistakes all the time and learn from them. We have even had a couple instances of people being banned on one account and then coming back and proving themselves and becoming staff members. I would not want to make the community question the staff's integrity, but I do think bel can be forgiven and restored to mod (not necessarily right now).
I think she should at least be put back on warning team and put on probation for a bit before returning to mod. Ultimately, if the community forgives and trusts her, she should be able to come back. If not, then she can stay as WT until she's ready.

Honestly, it's pretty open and shut.

Player frustration happens, especially when a labor of love (and a lot of time) has happened. You can get angry and say a lot of things, but they didn't really say anything ban worthy, (I know they didn't get banned, but the principle? Yeah that is what matters here.) and sure, everyone here may panic a little at the word, but I think people are seriously forgetting that saying is not doing.

I am a strong proponent for: "If you didn't carry out the action, you shouldn't be punished." Did Bel start doing anything rash and attacking and silencing people? No, no they did not. Did they vent out frustration (That was more than justified?) Yeah, yeah they did. Do they have a history of abusing their power? unless that answer is yes, then I'm sorry, no, this isn't really a "Yeah, I agree" from me.

I don't know too much about Bel, so my opinion here is completely neutral, but I can say I haven't really seen any real bad, or unprofessional misconduct from them from the times I've been around. IF they had a history? I'd say yes. If they started going on a rampage? I'd say yes. If they actually did something that makes me worry about the state of the server? I'd yes [To all of this being justified]. But at the end of the day, they didn't really do anything.

Sae mentioned they wouldn't want people to feel a shadow of a doubt about their team and the safety and trust of things in the server. Well, I don't feel that with them at all.

Bottomline:
"People can, and should be able to have a fit every once in awhile, as long as they don't attack anyone, and they don't carry out hurtful actions. Just because someone's temper got the better of them, doesn't mean they can't control themselves. Do not judge a person for something you think will happen, until it does happen, otherwise, you're worse than your suspect before the trial even begins."

I normally try to stay out of things like this, but I don't like seeing undue punishment in any capacity whatsoever. 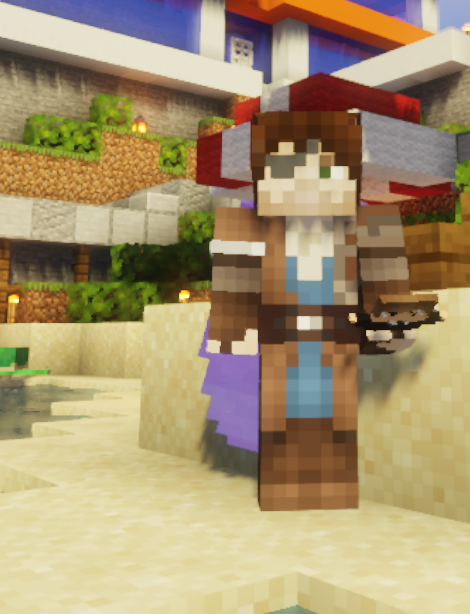 On 01/10/2020 My base was griefed and I was frustrated and stated that I wanted to ban the player responsible and instead Saenaria decided that was enough to ban me and she gave the reason of "I will not have my community second guessing if they can trust staff to not abuse the power given to them so that power was taken away".

I believe that a demotion was an extreme punishment for a minor mistake so I am posting here to get the community's opinion on whether or not it was an appropriate punishment.

I want to make it clear that I as well as anyone who comments understands that the players are not in charge of what happens in these situations and that it is up to the admin team this is just so that they can see everyone's opinion in one place.

Okay, I see why you'd be fristrated, ive been there and felt it. Should players trust staff? Of course! and they earn that respect by living it first. SV is a server where being able to grief and steal are integral to the game we all play, even if we dont like being end camped or whatever, its part of it. Its important to understand that blowing up someones base is.. actually fine - and being mad is fine, but using admin powers to enforce anything definatly wouldnt be. Now Bel didnt act on impulse, but said she might and did request a demotion at the time, we spent a few days in chat hearing about the blown up base again, all understandable from any player. I guess since she told the guy the cords, and shared that screenshot in discord with them once with his disreputable friend, its probably to be expected a little that she got griefed.. but we all live and learn.

I completly understand where Bel was comming from all along, but I also dont think being on he Staff at SV should be something anyone gets just for long service? In time Bel may be able to prove she can act calmly under fire (ive seen that she sometimes does!) but perhaps right now isnt the time to reinstate her former position in total. Its always better to earn something back when youve made a mistake, that way youve proven to yourself and to others that youve properly learned a lesson about what happened. Just like the time she blew up a base on Skyblock test server which she thought was another long since banned players, sometimes its hard to not want to have revenge right? As I recall she was WT over there, and had to earn back trust in the same way

I feel like the bad guy, but I think Sae did the right thing by holding the staff and admins to higher standards. No hard feelings though! Because, as I said, i understand how much it must sting. Bels a good person, and has played consistantly, I dont think they would follow through with their threats. Ive seen them grow lots as a player and member of the community, and hope that one day they can act like the admin they would like to be.